11.00 am Hauxton Morning Prayer in Church

Welcome to this mornings service on the second Sunday of Lent.

1When Abram was ninety-nine years old, the Lord appeared to him and said, “I am El-Shaddai—‘God Almighty.’ Serve me faithfully and live a blameless life. 2I will make a covenant with you, by which I will guarantee to give you countless descendants.”

3At this, Abram fell face down on the ground. Then God said to him, 4“This is my covenant with you: I will make you the father of a multitude of nations! 5What’s more, I am changing your name. It will no longer be Abram. Instead, you will be called Abraham, for you will be the father of many nations. 6I will make you extremely fruitful. Your descendants will become many nations, and kings will be among them!

15Then God said to Abraham, “Regarding Sarai, your wife—her name will no longer be Sarai. From now on her name will be Sarah. 16And I will bless her and give you a son from her! Yes, I will bless her richly, and she will become the mother of many nations. Kings of nations will be among her descendants.”

13 For the promise that he would inherit the world did not come to Abraham or to his descendants through the law but through the righteousness of faith. 14If it is the adherents of the law who are to be the heirs, faith is null and the promise is void. 15For the law brings wrath; but where there is no law, neither is there violation.

16 For this reason it depends on faith, in order that the promise may rest on grace and be guaranteed to all his descendants, not only to the adherents of the law but also to those who share the faith of Abraham (for he is the father of all of us, 17as it is written, ‘I have made you the father of many nations’)—in the presence of the God in whom he believed, who gives life to the dead and calls into existence the things that do not exist. 18Hoping against hope, he believed that he would become ‘the father of many nations’, according to what was said, ‘So numerous shall your descendants be.’ 19He did not weaken in faith when he considered his own body, which was already* as good as dead (for he was about a hundred years old), or when he considered the barrenness of Sarah’s womb. 20No distrust made him waver concerning the promise of God, but he grew strong in his faith as he gave glory to God, 21being fully convinced that God was able to do what he had promised. 22Therefore his faith* ‘was reckoned to him as righteousness.’ 23Now the words, ‘it was reckoned to him’, were written not for his sake alone, 24but for ours also. It will be reckoned to us who believe in him who raised Jesus our Lord from the dead, 25who was handed over to death for our trespasses and was raised for our justification.

31Then Jesus began to tell them that the Son of Man must suffer many terrible things and be rejected by the elders, the leading priests, and the teachers of religious law. He would be killed, but three days later he would rise from the dead. 32As he talked about this openly with his disciples, Peter took him aside and began to reprimand him for saying such things.

33Jesus turned around and looked at his disciples, then reprimanded Peter. “Get away from me, Satan!” he said. “You are seeing things merely from a human point of view, not from God’s.”

34Then, calling the crowd to join his disciples, he said, “If any of you wants to be my follower, you must give up your own way, take up your cross, and follow me. 35If you try to hang on to your life, you will lose it. But if you give up your life for my sake and for the sake of the Good News, you will save it. 36And what do you benefit if you gain the whole world but lose your own soul? 37Is anything worth more than your soul? 38If anyone is ashamed of me and my message in these adulterous and sinful days, the Son of Man will be ashamed of that person when he returns in the glory of his Father with the holy angels.” 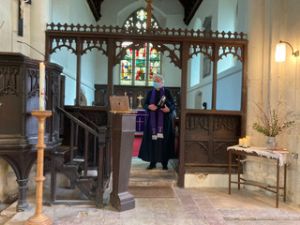 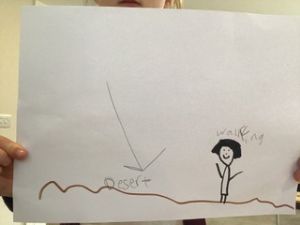 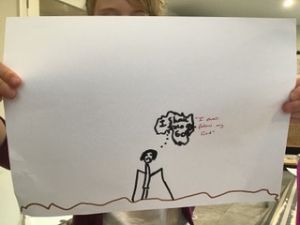 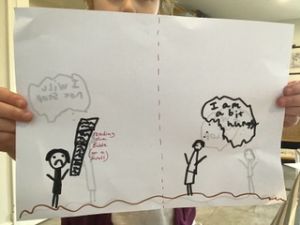 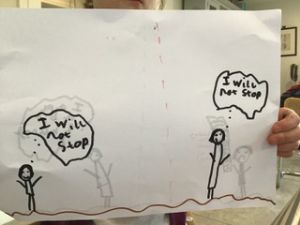 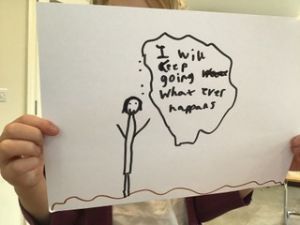 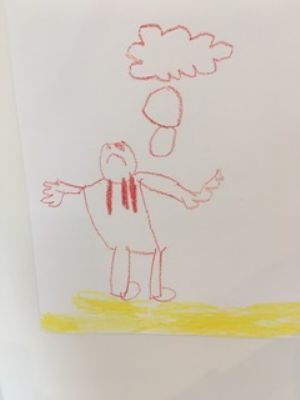 In the desert Jesus thought a lot about the people he loved.