Benefice of Harston, Hauxton and Newton

The Flower Festival raised £1995.32 for the Restoration and Development Fund

So many people were involved in the Flower Festival weekend, creating beautiful, imaginative flower displays, illustrating those children’s stories we still remember and cherish. Astonishing arrays of flowers and objects, from scarves to animal models, from toys to mirrors, adorned the Church.

Click on Flower Arrangements (in the list at the top of this page) to see the photos. 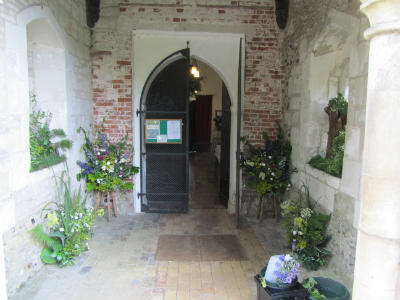 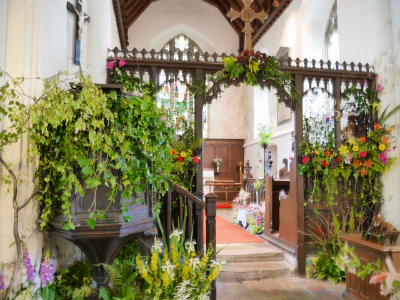 The Scarecrows, prepared by groups and individuals in the village, were similarly memorable and imaginative. 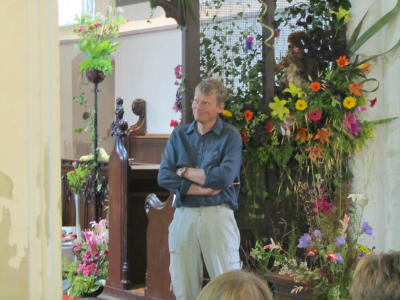 and spoke warmly of the artistic ingenuity of everything he had seen. 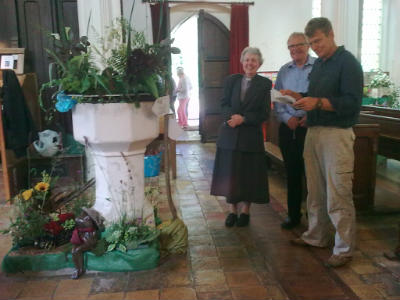 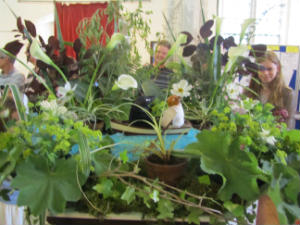 After Tom’s official opening, the a cappella group Stapleford Wednesday sang Tudor madrigals and other songs for a summer afternoon. 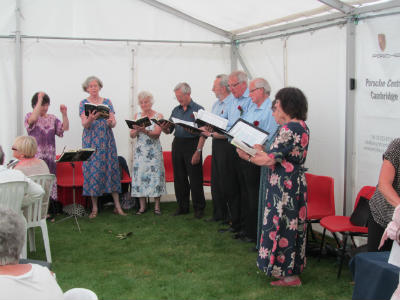 The Festival continued on Sunday. Canon Roger Royle, preached at our Communion service with wit and wisdom, after which there was coffee and cake in the marquee. 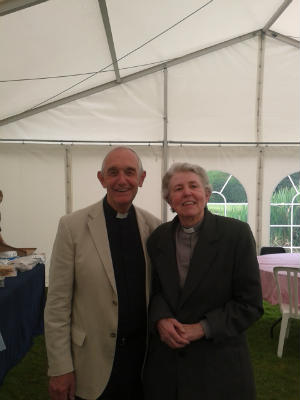 A treat was in store after the post-service coffee: lively and very accomplished singing from the school choir.

Dramatised readings from Children's Literature were given by Harston Amateur Theatrical Society, too! 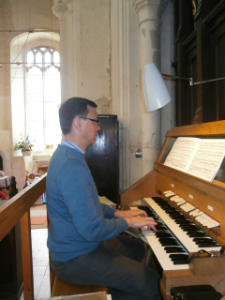 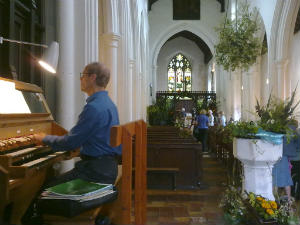 gave organ recitals to the delight of all who were there, whether sitting listening or studying every nook and cranny of the church filled with flowers.

And there was more music, as our Music Group, who sang an anthem at the service in the morning, also sang the Psalm, the Canticles, and an anthem at Evensong!

How many people contributed to the success of the Festival weekend?  In addition to all those who organised the whole weekend and prepared the glorious arrangements and donated all the home-made cakes . . .  we have the scarecrow makers, the classes at school, the musicians, those who served coffee or tea and cake, those who washed up – that’s an impressive number of our community. 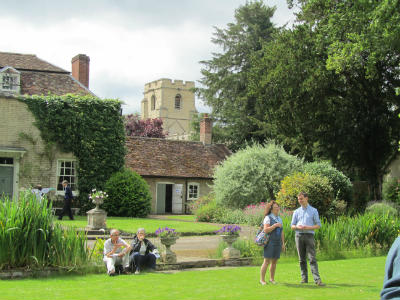 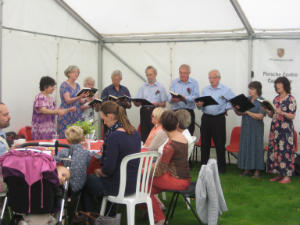 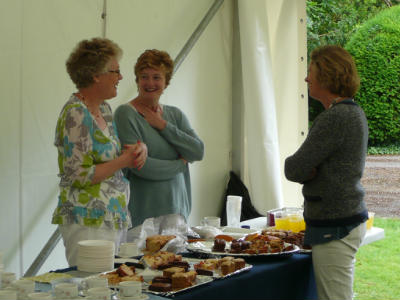